It takes some getting used to when you taste Kimchi at first. It is a fresh, slightly sour taste sensation that tantalizes the taste buds. It is a surprising taste that we often do not yet know. It also has a strong odor due to the spices and herbs that are added and when stored in the refrigerator, it should be in a tightly sealing jar.

An advantage is also that it has a highly satiating effect. It gives you the feeling that you are full and saturated so that you will not eat too much with this side dish. However, don’t eat too much of it all of a sudden and especially when you first eat this. It is a food with a medicinal effect and not everyone can tolerate larger quantities well.

It is also nice to know a little more about the origin of Kimchi. It is a traditional dish of Korean cuisine. It consists of fermented vegetables and cabbage. In many Korean households you will find a special Kimchi refrigerator that is specially designed to store different types of Kimchi under the right conditions.

Kimchi is one of the 5 healthiest dishes in the world, and fermenting vegetables is also an agreement between the Blue Zones on Earth. Blue zones are a few places where people grow old very healthy. A specific blog follows on this topic.

Kimchi is full of vitamins such as vitamin A, vitamin B and vitamin C. In addition, it is rich in fiber calcium and lactic acid bacteria.
These probiotics are bacteria of the genera Weiserella and Leuconostoc. The fact that SARS was not so widespread in Korea was partly attributed to the many kimchi called Koreans. It prevents yeast infections in the gut and is even said to have a common effect on cancer. It would also have a positive effect on combating obesity because the intestinal function is supported and normalized.

The process of fermentation gives the kimchi that special slightly sour taste that you can also recognize from Kombucha or Waterkefir. The cabbage is first pickled with salt and then with herbs and spices. Originally it was meant to store vegetables for a long time in order to survive the winter and to preserve vegetables without losing the valuable vitamins and fibers. The real Kimchi lovers also eat it for breakfast, despite the fact that it is intended as a tasty side dish.

Kimchi plays a leading role in Orthomolecular health theory. It has an extremely antibacterial effect and is a huge boost for your immune system.
WHO defines probiotics as living organisms that, when administered in sufficient amounts, have a positive health effect on the host. Beneficial strains of bacteria are stimulated. It prevents constipation, cleanses the intestines. Even more benefits are below:

it improves the immune system
it reduces inflammation, a possible cause of autoimmune diseases and allergies
it protects cognitive health
it helps manage stress and improve mood
it aids in weight loss and weight maintenance
it has a low calorific value.

You have fermented vegetables in the following variants: sauerkraut, kimchi, miso, kombucha and all kinds of pickled acid. The latter variant must be self-made and not come from the factory where this is made with vinegar, which of course is not fermentation. 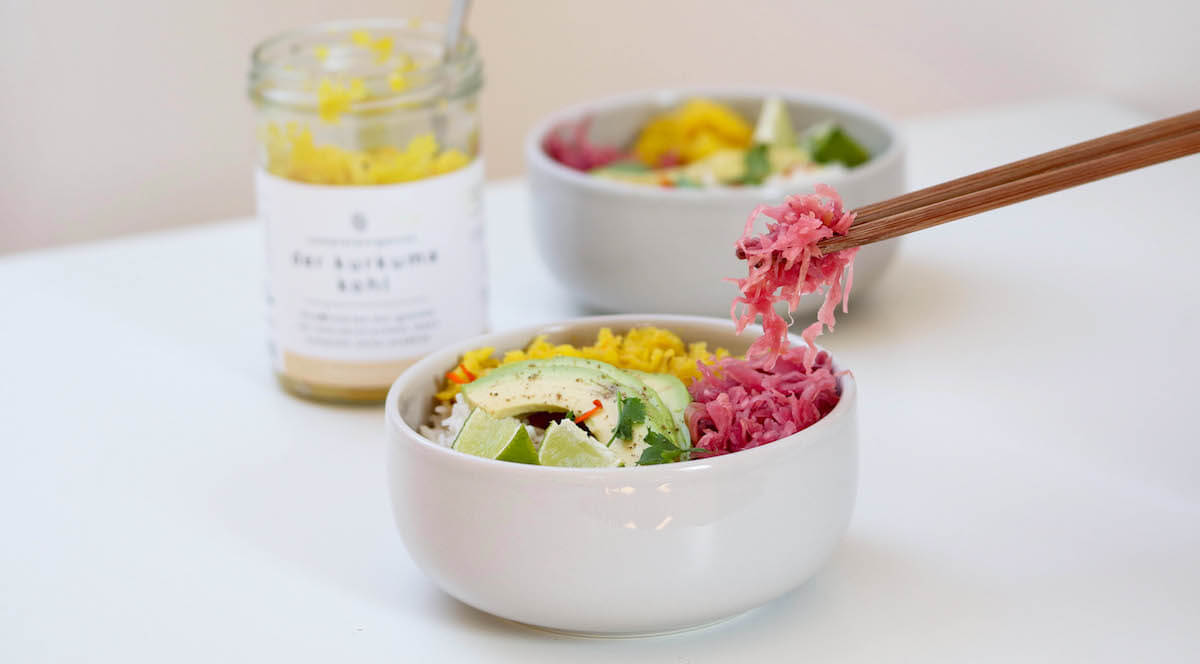 In countries where a lot of fermentation of vegetables is used And a lot is consumed, people often appear to have a healthier Microbiome (these are the intestines with all the intestinal flora together) and have much less intestinal related disorders.

If you are curious, you will find good ready-made Kimchi variants at the health food store. You can also get started yourself. This requires good instruction because it is a precise and hygienic job. It is very fun, educational but also useful to build your own Kimchi stock. On youtube you will find a lot of tutorials.